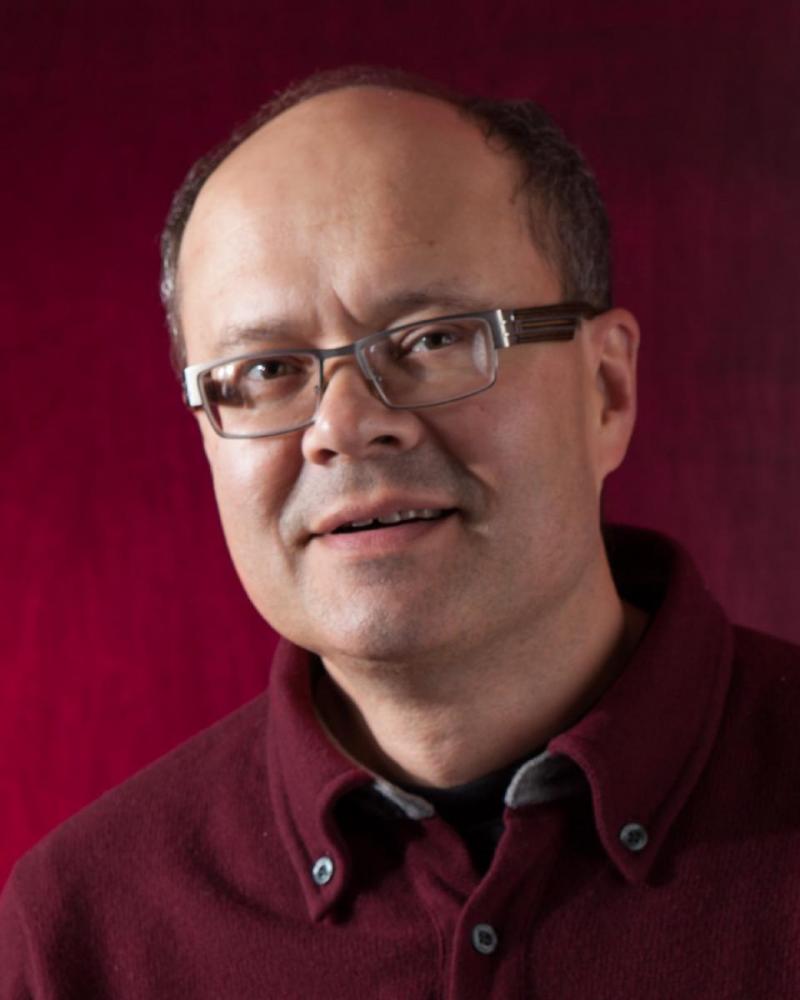 Radislav Potyrailo is a Principal Scientist at GE Global Research leading the growth of GE’s wireless, wearable, and industrial chemical and biological sensing technologies for GE applications.  He holds an Optoelectronics degree from Kiev Polytechnic Institute (1985) and PhD in Analytical Chemistry from Indiana University (1998).  His research interests are in the areas of design and excitation of physical transducers, materials with multi-response mechanisms to ambient environments, univariate and multivariate data analytics, and system engineering of microanalytical instrumentation. He has developed sensing technologies for GE Healthcare, Water, Security, Corporate Environmental, Consumer & Industrial, Energy, Transportation, and other GE businesses.  Radislav has been leading multiple programs on inventing new sensing systems and bringing them from lab feasibility studies, to field validation, and to commercialization.  Radislav has been serving as a Principal Investigator on US Government programs funded by NIH, AFRL, DARPA, TSWG, DHS, and NIOSH. Some of these results Radislav summarized in 115+ granted US Patents and 150+ publications on transducer technologies, sensing materials, and data analytics describing sensing concepts and their implementations.  He has delivered 80+ invited lectures and ten keynote/plenary lectures at National and International Meetings. Radislav coauthored/coedited eight books and serves as an editor of the Springer book series Integrated Analytical Systems. He is the initiator and a co-organizer of the First Gordon Research Conference on Combinatorial and High Throughput Materials Science and other conferences and symposia (ACS, MRC, Pittcon) on sensors and functional materials. His recent recognitions include SPIE Fellow, Senior Member of IEEE, Blodgett Award by GE Research, and Prism Award by Photonics Media/SPIE.

Modern monitoring requirements of gases for demanding applications such as medical diagnostics, environmental surveillance, industrial safety, and many others push the limits of existing detection concepts where we may reach their fundamental performance limits.

This tutorial is focused on multivariable sensing concepts and implementations that bridge the gap between the existing and required sensing capabilities. This tutorial (1) will pose several fundamental and practical questions on improvements of principles of gas sensing and (2) will answer these questions in sensors with previously unthinkable capabilities in wearable, disposable, wireless, and other formats.

Multivariable gas sensors utilize multi-dimensional response principles to overcome insufficient selectivity and stability limitations of existing sensors. The design rules of these multivariable sensors involve a sensing material with multi-response mechanisms to different chemicals and a multivariable transducer with independent outputs to recognize these different responses. Such sensors quantify individual chemical components in mixtures, reject interferences, and have enhanced stability. Such performance is attractive when selectivity advantages of traditional mature instruments are cancelled by application-specific requirements.

The tutorial will be structured as four segments.  The first three segments will be lectures that will cover the fundamental and practical aspects of design rules of multivariable sensors, sensor requirements for emerging applications that demand low-power, wearable, unattended, or disposable implementations, comparison of performance of conventional and multivariable sensors with analytical instruments based on mature traditional analytical concepts.  Further in these lectures, the role of data analytics, sensor fusion from the multivariable sensors will be demonstrated on several vivid examples where software-enabled enhancement of sensor performance was ten-fold, ten thousand-fold, and two million-fold.  Machine learning examples will be presented and compared to more conventional data analysis techniques.  The fourth segment will be discussion of analysis results of data submitted by participants prior the tutorial.

Thus, by the end of the tutorial, the participants will have a good fundamental understanding and will see practical examples of operation of multivariable gas sensors and how these sensors may be utilized in their intended applications or research.

"Sensing based on 2D nanosheets of functional materials 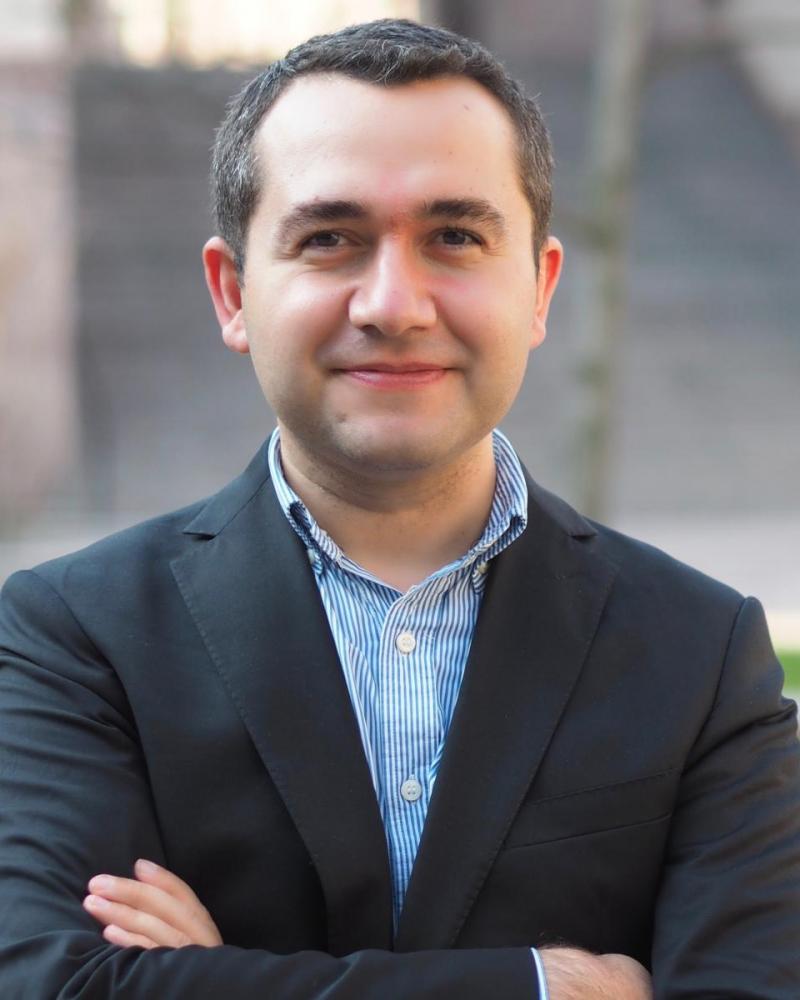 Mehmet C. Onbaşlı is currently an assistant professor of electrical and electronics engineering at Koç University in Istanbul, Turkey. He received his Bachelor’s degree from Bilkent University Dept. of Electrical and Electronics Engineering in 2010 and his PhD degree from Massachusetts Institute of Technology (MIT) Dept. of Materials Science and Engineering in 2015. His research interests include magnetic materials and devices, optical materials and devices, materials growth and fabrication. He worked as a research scientist at Corning Incorporated Crystalline Materials Research Department for until 2016. He worked as a visiting researcher at Harvard-MIT Health Sciences and Technology in 2009 and at MIT in 2017.

In this tutorial, we first present the structural, electronic, optical, magnetic and thermal properties and advantages of major classes of 2D materials: elemental 2D nanosheets, TMD’s, ultrathin metal oxides/sulphides/selenides and TI’s with examples of their advantageous sensing applications. Next, we review the major examples of sensors enabled by 2D nanosheets. Finally, we do a design review of a sensor example from specifications to packaging by reviewing materials choices and calculating dynamic range, sensitivity and noise of the sensor.

Prof. Paprotny is an Assistant Professor in the Department of Electrical and Computer Engineering at the University of Illinois at Chicago (UIC), and is the lead of the Air-Microfluidics Group (AMFG). Prior to his appointment at UIC, Prof. Paprotny was a post-doc and later a research scientist at University of California, Berkeley. He received his Ph.D. in Computer Science from Dartmouth College, NH, USA, MS and BS in Industrial Engineering from Arizona State University, AZ USA, and an Engineering Diploma in Mechatronics from NKI College of Engineering, Oslo, Norway. He is currently advising fifteen students working on a variety of problems related to micro electro mechanical systems (MEMS), and air-microfluidics. He has published five book chapters, over 50 papers in journals and conferences, and is a co-author on four patents. His expertise is in the design, modeling, and fabrication of mechatronic and air-microfluidic devices based on nano- and microfabrication technologies

The emerging field of air-microfluidics entails microfluidic circuits that use air or gas rather than liquid as their working fluid. Air-microfluidic lab-on-a-chip devices has tremendous potential as inexpensive, portable (wearable) sensors for detecting the levels of harmful contaminants in the air that surrounds us. Applications include resonator-based particulate matter sensors, wearable gas detectors, airborne bio-aerosol and pathogen monitors, and low-cost devices and sensors related to environmental monitoring or healthcare diagnostics. In this tutorial, I will provide a comprehensive introduction of this new and rapidly evolving field, as well as review recent applications of this technology, in particular focusing on wearable airborne particulate matter (PM) sensors and nanomaterial-based gas sensors.

The tutorial is divided into two parts. In the first part I will provide an overview of the relevant pollutants present in the ambient air, cover the theory of air-microfluidics, as well as provide an overview over the applicable microfabrication methods that can be used to fabricate air-microfluidic circuits.  In the second part, I will review recent applications of air-microfluidic sensors, specifically focusing on gravimetric resonator-based particulate matter (PM) sensors and metal-oxide carbon nanotube based hydrocarbon gas sensing. Examples will include review and demonstrations of several sensors developed by the Air-Microfluidics Group at University of Illinois at Chicago (UIC), as well as review of sensors developed by other groups conducting research in this field. The tutorial will conclude with a discussion forum with the audience regarding the benefits and potential of this novel technology. 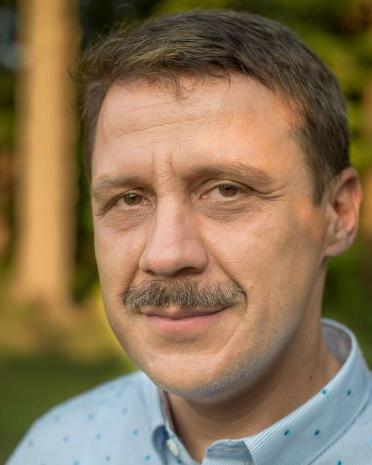 Dr. Levente Klein is a Research Staff Member in the Internet of Things and Industry solution at the IBM T.J. Watson Research Center, Yorktown Heights, NY. His work at IBM span multiple research topics from material science, nano-optics and wireless sensing solutions with strong focus to apply research technologies to industrial problems. Since joining IBM Research in 2006, he developed technologies to enable energy efficient cooling in data centers, monitoring fugitive methane gas in oil and gas industry, and application of wireless sensing solution in agriculture and healthcare. His work in precision agriculture was awarded the Innovation Award 2015 by VintageReports [1].

Current research interests focus on environmental monitoring of greenhouse gases, application of wireless sensing in outdoor environment and physics based modeling and analytics. His work was recognized by 3 IBM’s Outstanding Technical Achievement award and multiple IBM Research Division Award. He has more than 50 scientific publications and more than 40 patents granted in USA.

Seamless integration of sensors with machine learning techniques can significantly improve data accuracy, validate sensor calibration and preserve data privacy and security. Machine learning techniques can address multi sensor data fusion, data sparsity, and degradation in sensor quality. With the number of Internet of Things (IoT) sensors increasing exponentially, new approaches are required to handle the massive amount of IoT data and running analytics: (1) computation is pushed closer to the sensing point (edge computing), (2) data is compressed and filtered in real time, and (3)  contextual information of where and how the data was acquired is automatically integrated in analytics. We present current state of art in large scale sensor network deployment, data transmission from the sensing point to the cloud, and running industrial analytics on global scale. We introduce such a data management platform called IBM’s PAIRS-Geoscope that can both handle IoT sensor data integration, enhance data with satellite and drone imagery, and run real time analytics on data streams. The workshop will address the steps required to take sensors and augment it with machine learning: (1) how to determine the required accuracy and number of sensors necessary for a given solution, (2) where to place the sensors for best analytics outcome, (3) augmenting sensor data with contextual data, and (4) how to combine and fuse heterogeneous data sources.

The workshop will cover the following topics:

I Sensor technology and edge computing

Challenges in scaling from a single sensors to wireless networks

Methods for sensor’s self and auto calibration

Hardware and software based machine learning