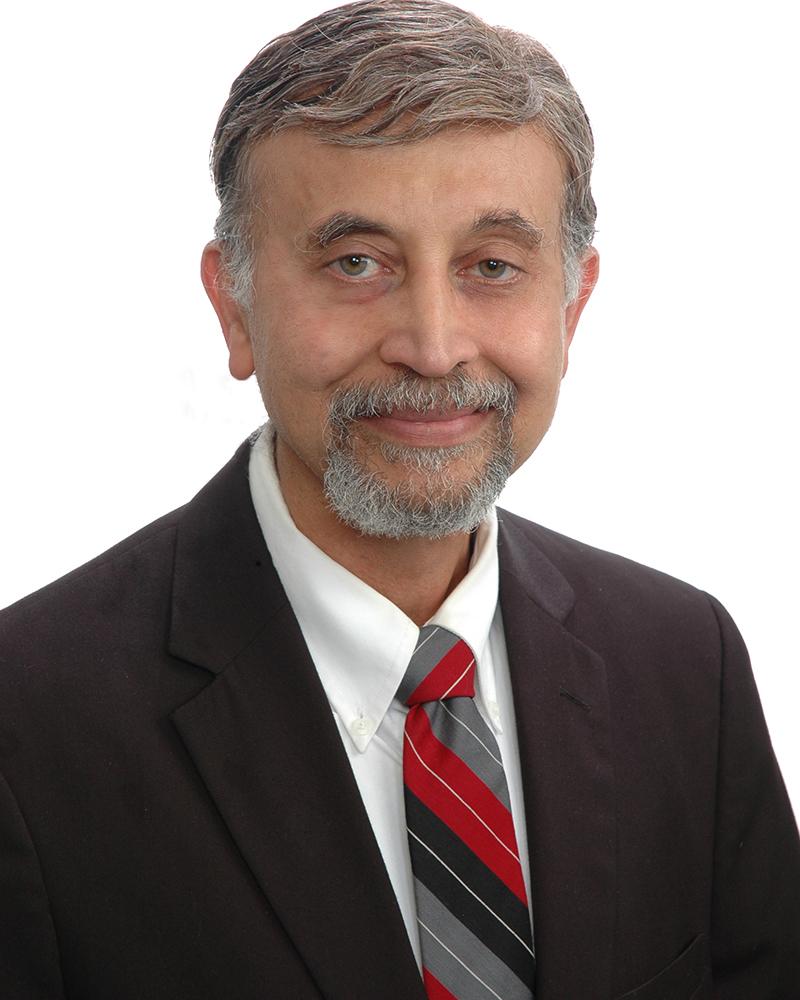 Nitish V. Thakor received his B.Tech. (1974) from IIT, Bombay, Ph.D. from University of Wisconsin, Madison (1981). He has been the Professor of Biomedical Engineering at Johns Hopkins University since 1983. He is also the Director the Singapore Institute for Neurotechnology (SINAPSE) at the National University of Singapore. Prof. Thakor’s technical expertise is in the field of Neuroengineering, where he has pioneered many technologies for brain monitoring to prosthetic arms and neuroprosthesis. He is an author of more than 370 refereed journal papers (H Index 71, 23500 citations), more than 20 patents, and co-founder of 3 companies.  He is currently the Editor in Chief of Medical and Biological Engineering and Computing, and was the Editor in Chief of IEEE TNSRE from 2005-2011. Prof. Thakor is a recipient of a Research Career Development Award from the National Institutes of Health and a Presidential Young Investigator Award from the National Science Foundation, and is a Fellow of the American Institute of Medical and Biological Engineering, Life Fellow of IEEE, Founding Fellow of the Biomedical Engineering Society, and Fellow of International Federation of Medical and Biological Engineering.  He is a recipient of the award of the Academic Career Award and Technical Excellence in Neuroengineering from IEEE Engineering in Medicine and Biology Society, Distinguished Alumnus Award from Indian Institute of Technology, Bombay, India, and a Centennial Medal from the University of Wisconsin School of Engineering.

Dexterous prosthetic hands are modern mechatronic achievements: the robotic hands are almost human like with their multiple fingers and dexterous manipulation capabilities.  But they lack the human like skin, the sensors, and most importantly, sensibility.  This talk will present the revolutionary advances in prosthetics/robotics hand technologies, their control, and the sensors for prosthetic hands. Sensors span multiple modalities, such as touch and pressure, and sensibility spans the human-like perceptions through the signals coming from receptors and nerves, and perceived by the human brain.  By marrying “biomimetic” sensors to “neuromorphic” encoding of the sensor information, human-like touch perception can be achieved. The next big advance is giving the prosthetic hand range of feelings, ranging from fine touch to painful stimulus perception.   This talk will introduce the state of the art of dexterous prosthesis/robotics sensors made from soft and flexible materials and organic electronics, and methods to provide a range of sensory perceptions through biomimetic solutions.  These advanced sensor technologies should provide inspiration for the design of modern prosthetics and robotics. 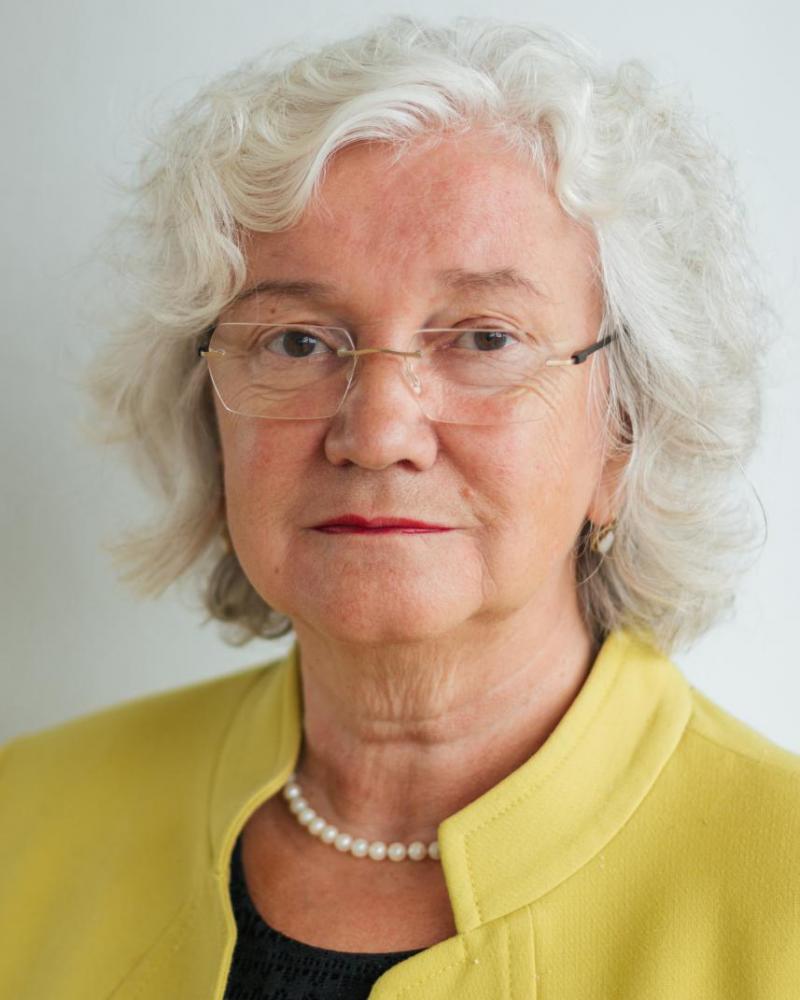 Professor Zacharias is Vice President for Innovation and Technology, University Freiburg in Germany. Since 2007, she is Professor of Nanotechnology at Albert Ludwigs University Freiburg. Here research interests include Nanocrystals, nanowires, understanding the growth of nanostructures, basic and applied research on functional nanostructures, nanolithography, quantum effects, transport and optical properties. She has published more than 270 paper and has given numerous invited talks. She received Lady Davis Fellowship from Israel and Internal Senior Fellowship from Freiburg Institute for Advanced Studies.

"Nanomaterials for nanosensors: opportunities and challenges"

Nanomaterials are in the focus of attention and offer new possibilities for electronics, optoelectronics and sensor devices. New properties are established with lower dimensions such as quantum confinement effects, but also new challenges are observed for instance in doping such structures for devices. In addition, the higher surface to volume ratio offers advantage for sensing, in catalytic reactions or for batteries. However, to use the respective materials, a deep understanding in growth as well as in material properties is needed to build up the next generation of respective devices. Challenges in controlled fabrication and functionalization will be discussed here. Examples will be presented and discussed in details. 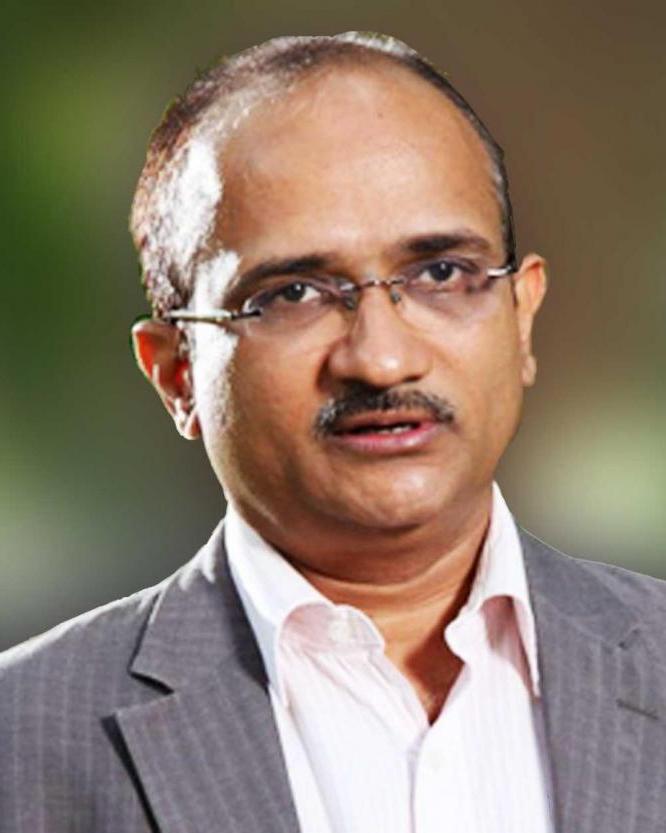 Prof. V. Ramgopal Rao is currently the Director, IIT Delhi. Before joining IIT Delhi as the Director in April 2016, Dr. Rao served as a P. K. Kelkar Chair Professor for Nanotechnology in the Department of Electrical Engineering at IIT Bombay. Dr. Rao has over 450 research publications in the area of nano-scale devices & sensors and is an inventor on 40 patents and patent applications, with multiple license transfers to industries. Prof. Rao is a co-founder of two deep technology startups at IIT Bombay which are developing products of relevance to the society. Dr. Rao is a Fellow of IEEE, a Fellow of the Indian National Academy of Engineering, the Indian Academy of Sciences, the National Academy of Sciences, and the Indian National Science Academy.

Prof. Rao's work is recognized with many awards and honors in the country and abroad. He is a recipient of the Shanti Swarup Bhatnagar Prize in Engineering Sciences (the highest recognition for scientists in the country) in 2005 and the Infosys Prize in 2013. Dr. Rao also received the Swarnajayanti Fellowship award from the Department of Science & Technology, IBM Faculty award, Best Research award from the Intel Asia Academic Forum, TechnoMentor award from the Indian Semiconductor Association among many others. Prof. Rao was an Editor for the IEEE Transactions on Electron Devices during 2003-2012 for the CMOS Devices and Technology area and currently serves on the Editorial boards of other journals. He is a Distinguished Lecturer, IEEE Electron Devices Society and interacts closely with many semiconductor industries both in India and abroad.

Dr. Rao served as the Chairman, IEEE AP/ED Bombay Chapter and as a Vice-Chairman, IEEE Asia Pacific Regions/Chapters sub-committee for two terms. He was the first elected Chairman for the India section, American Nano Society during 2013-2015.

"Sensor Platforms for Affordable IoT Solutions in the Developing World"

IoT based sensor networks are expected to see a massive growth the world over in the next few years. However, the poor infrastructure facilities available in many of the developing countries and the extreme low cost requirements these technologies are expected to meet pose a challenge for an increased penetration of these technologies in such environments. This calls for an innovation on the technology front in addition to developing a novel business model for their penetration. The requirement for IoT sensor platforms in these economies is however very critical in solving the needs of security, healthcare, agriculture, water and air quality monitoring. In this talk, we will discuss some of these challenges and opportunities for development of IoT based sensor solutions for resource constrained environments. We will show the need for a massive deployment of such technologies, their calibration, power supply and network challenges as well as the user interface requirements keeping in mind the socio-economic conditions of the end users. In order to achieve some of these goals, we demonstrate novel sensor integration methodologies where completely diverse platforms, materials and approaches are brought together in order to realize the desired system functionality at the targeted price points. The talk also discusses how nano-scale materials and phenomena can help improve the sensitivity of sensor platforms for detection of sub ppb levels of analytes for specific sensing applications.